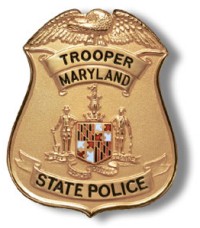 TRAFFIC COMPLAINT / DUI / WARRANT SERVICE: On 04/01/2020, Trooper Brown responded to the 200 block of Village Center Drive, Lusby, for reports of a traffic complaint in that area. Trooper Brown located the vehicle and conducted a routine traffic stop. The driver, Jacob John Joseph Mishou, and passenger, Deandra Vonzell Claggett, were positively identified. Through a wanted check, it was shown that Claggett had an active warrant (Forgery) through Calvert County Sheriff's Office. The sheriff's office responded to the scene and took custody of Claggett. Mishou was put through field sobriety on scene and was arrested for Driving Under the Influence.

We now publish the latest local police information in the So. Md Police News Forum at forums.somd.com/forums/so-md-police-news/ The news there is updated 7x24x365.

Disclaimer: In the U.S.A., all persons accused of a crime by the State are presumed to be innocent until proven guilty in a court of law. See: so.md/presumed-innocence. Additionally, all of the information provided above is solely from the perspective of the respective law enforcement agency and does not provide any direct input from the accused or persons otherwise mentioned. You can find additional information about the case by searching the Maryland Judiciary Case Search Database using the accused's name and date of birth. The database is online at so.md/mdcasesearch . Persons named who have been found innocent or not guilty of all charges in the respective case, and/or have had the case ordered expunged by the court can have their name, age, and city redacted by following the process defined at so.md/expungeme.
Reader Comments